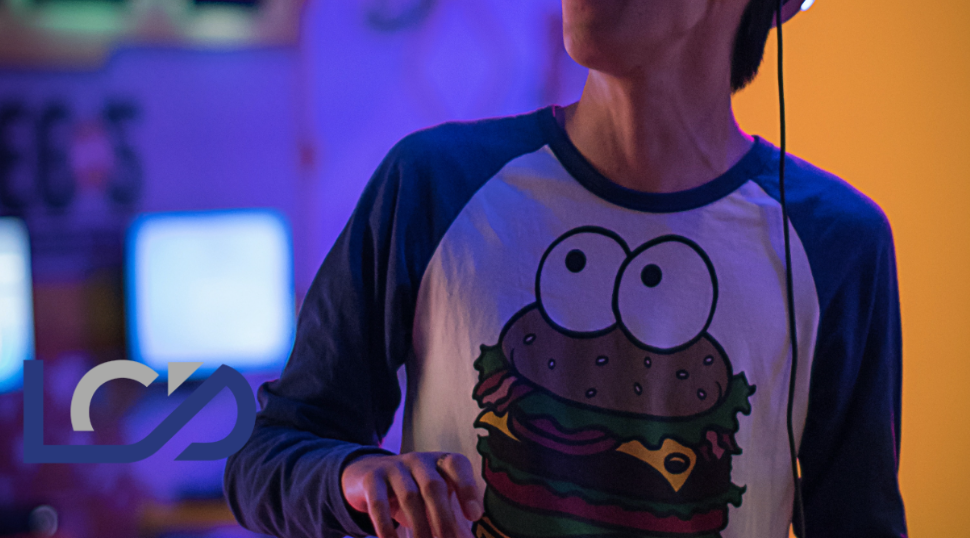 How to integrate software developers into your AV team

How to integrate software developers into your AV team

The AV industry is going through a paradigm shift. New technology, APIs, drivers, and control modules have decreased the need for custom AV control programming. So, the industry is moving towards more holistic solutions.

Software developers are coming into the AV industry to help develop comprehensive AV applications. However, the software developers do not have the same depth of knowledge about AV control systems. They might not even know what Digital Signal Processing (DSP) is or how to optimize AV installations!

In this new hybrid environment, where control programmers and software developers have to work side-by-side, AV integrators must understand the differences between the two disciplines.

Traditional AV programmers are domain experts in the AV control space. They have deep knowledge about proprietary AV languages. An AV programmer might know the ins and outs of a language like Crestron SIMPL or AMX NetLinx as proprietary languages are not well-known outside of the industry, AV programmers learn through years of hands-on training, experimentation, and experience.

Software developers have more knowledge about developing larger applications to meet user specifications. Developers program in languages like C#, C++, JAVA, PHP, HTML5, CSS, etc. They might not understand the inner workings of AV hardware, but they have more experience interfacing various components (hardware and software) to develop for more complex user experiences.

Defining scope of work for software developers in an AV project

Similarly, in the AV industry, integrators need to define the objectives of the AV application clearly. Due to the advances in modern AV products, system-level knowledge like DSP programming might not be necessary to develop applications that serve the customers.

The future of AV control development

Even though the AV industry is trending towards software development, control programmers will still have a part to play. Manufacturer’s APIs, drivers, and control modules might ship with bugs. Control programmers can deal with these hardware-level issues more efficiently.

Ideally, a development team with control programming and software development expertise can provide the most elegant solutions.

If you want to learn more about our AV consulting services, please don’t hesitate to contact us. We have cultivated a culture of developing custom solutions with the best software life-cycle practices. 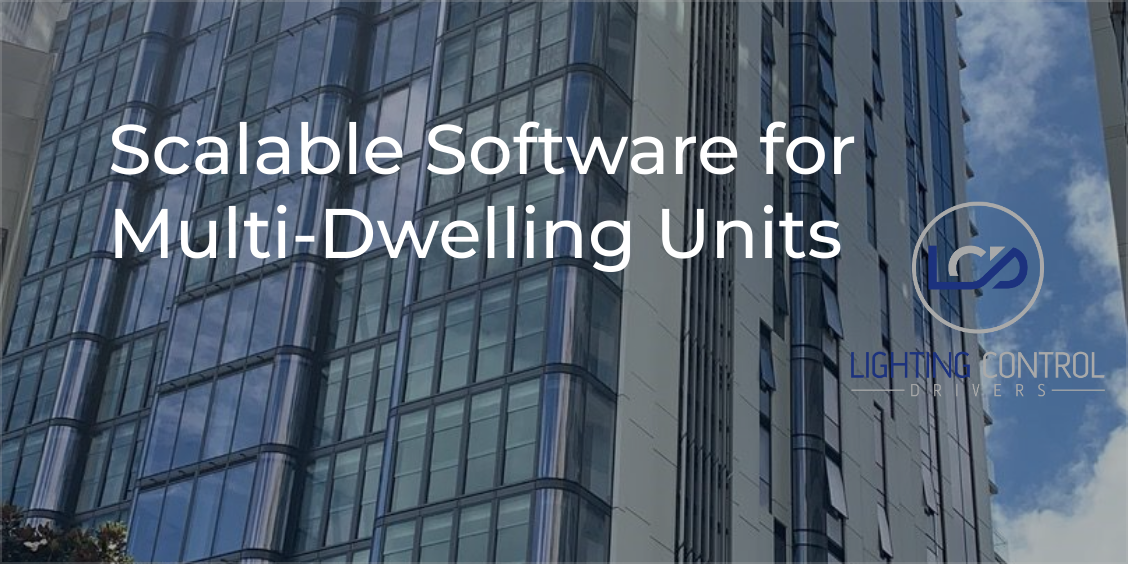 Custom software and extension drivers can help. Software solutions are more scalable and easier to maintain. So, a system designed with software components can help you serve your Crestron Home MDU customers better.

Below are some reasons to use extension drivers:

Deployment-ready Crestron Home extension drivers can improve the development, implementation, and support of your MDU systems. You don’t have to start from scratch every time you add a device or functionality.

After installing the base infrastructure, you can leverage the power of available software packages to extend system features. You will be able to provide more value than your competitors without complicating your Crestron Home MDU installation process.

The plug-and-play nature of extension drivers gives you the option to develop new experiences for your customers quickly. You can combine software packages to tailor solutions that feel custom-made.

New Crestron Home extension drivers for lighting, heating, shading, audio, and video can open up new possibilities. Your Crestron Home MDU system will be more adaptable to the changing needs of your customers. When a new device is available, you can integrate it into the system without costly rewiring.

You can use software-based solutions to create multi-tiered upgrade options for your customers. Homeowners in the same MDU might have different preferences.

One homeowner might want a fully automated shading and lighting system to control ambiance, while another owner might want to stick to basic on/off features. With software-based controls, you have more leeway to craft various solutions for your customers and open new revenue streams by upselling solutions.

Our Experience with Crestron Home MDU

We have also worked on a 15-unit MDU to implement a similar solution.

Our experience with extension drivers makes us one of the premium development consultants for Crestron Home MDU integrators. We can help you develop unique and value-added solutions for your customers.

If you want to learn more about our Crestron Home extension drivers and our consultancy services, please feel free to contact us today.

Please feel free to subscribe to our newsletter to learn about our Crestron drivers and other products. 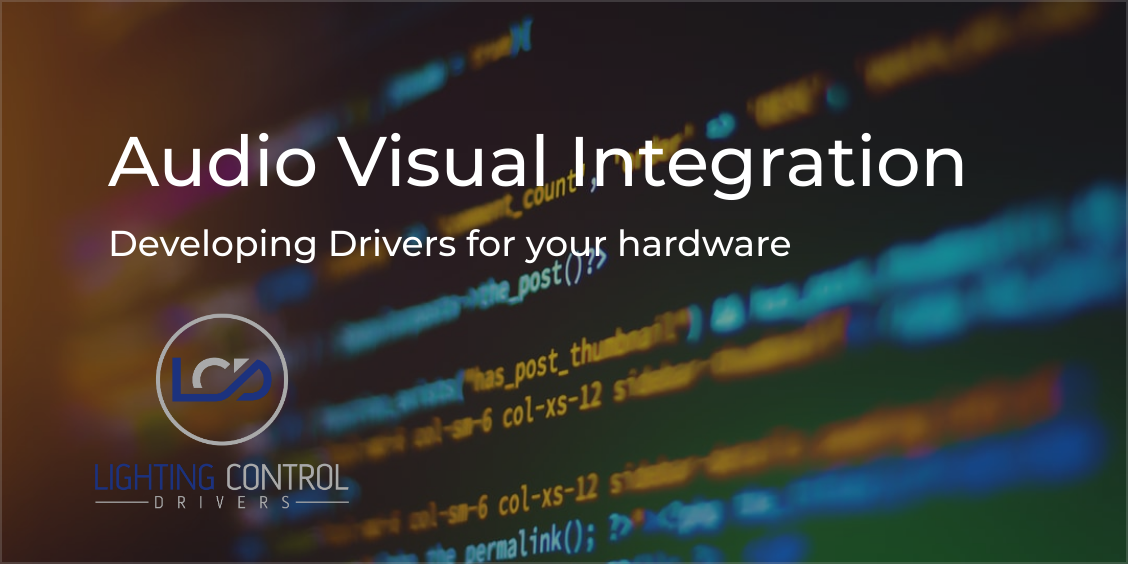 A high-quality audio-visual (AV) system is an essential feature of today’s luxury home or office. The AV industry is benefitting. Even with the COVID-19 slowdown, the global pro AV market is expected to grow from $159 billion in 2020 to $304 billion by 2027.

Customized drivers make life easier for everyone. Here are some potential upsides:

In case there are no drivers, integration companies can work with third-party developers to build a custom suite of drivers. Then, integrators can reuse these modules for new projects. It speeds up the integration process.

Hardware manufacturers provide drivers to entice system integrators and consumers. So, a user-friendly integration module is a competitive advantage.

Ease of Use for Customers

A professional driver developer can write integration modules for your hardware that meet the needs of the end-users. Users do not have to deal with out-of-date or complicated interfaces. Developers can help create modern interfaces that users can easily configure and control.

We specialize in developing Crestron drivers. From our personal experience, we have seen homeowners appreciate our control modules.

Homeowners can easily set up and control their Crestron-supported home devices from the Crestron Home app. They are in control of the AV system. When system integrators help homeowners install a new system, integrators can pick and choose the drivers. So, it is easier to set up a new customer.

Please feel free to subscribe to our newsletter to learn about our Crestron drivers and other products. 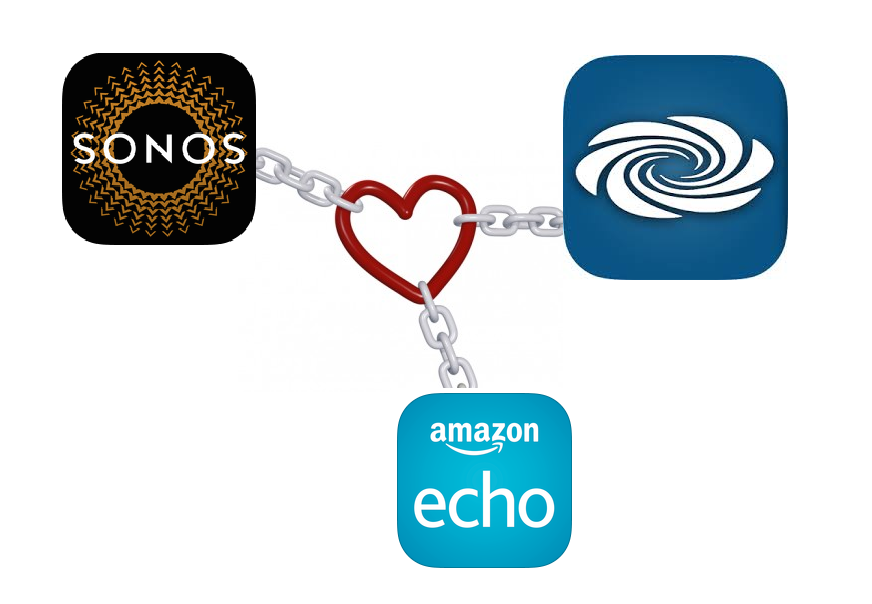 The announcements in the CI press at the start of September announcing Amazon Alexa partnership and Sonos partnerships started a frenzy of chatter Crestron developer community both on unofficial and official forums. Now nearly into October and now technical detail on either of the releases has been made. The frustration for the integrators and system designers is that the residential end users have all seen the same press releases promising slick integration but the programmers don’t know what and how they are going to deliver.

Reading the Alexa Amazon keynote to the Cedia membership which seemed to trigger all the press releases  Charlie Kindel ( what a great name to have working at Amazon!) says “We want to partner with all of you.”

He goes on to bring on example of the big players in the market including Crestron and Lutron who  “boast an Alexa integration of their own” but again we are still waiting to see what these integrations will look like.

I started playing with the Alexa Skill kit back at the start of the summer but as the Alexa had not yet been released in the UK ( arriving tomorrow!) I limited my development to some minor projects discovering the architecture which is governed by Amazon.

A Custom skill is the fully flexible skill where the developer must define the requests the skill can handle (intents) and the words users say to invoke those requests (utterances).

For this type of skill, the Smart Home Skill API defines:

The requests the skill can handle. These requests are called device directives. Examples include:

The words users say to make (or invoke) those requests. For example:

The Cnet article and others talk about a change ,presumably to the home skills utterances allowing ‘home scenes’ in addition to lighting and heating which are currently the only supported.

“Those scene controls are a new trick in Alexa’s toolkit.

could control individual lights and thermostats”

The same article goes onto quote Crestron VP John Clancy and him talking about some customised commands that with some conditional logic (for e.g. based on time of day will carry out different tasks based on the time of day.

“The trade-off with those customised commands is that they aren’t native to Alexa’s programming, so you’ll need to add some extra verbiage to your command so that she knows what skill to access. Specifically, you’ll need to say “tell Crestron” before each command, as in “Alexa, tell Crestron it’s too dark in here.”

And as discussed in the Crestron press release we can expect some modules deployed for 3-series processors in October and for Pyng which will in some way allow easy integration. Alexa Home Skill Kit requires a couple of different sections of coding to get everything working.

The First is the Skills API which Amazon provides.

The 2nd is the AWS Skills Adaptor (which must be hosted on AWS) – This receives the request from the Smart home API and translates this to a API request on the Device Cloud.

This is where it gets interesting as for the Smart Home Skills  home inking using Oauth2 is mandatory.

Now Crestron is well placed here as myCrestron is a cloud service that crestron has developed which is due to have a REST API released in the near future. Im sure that it will be possible to add an OAuth2 capability to the myCrestron device Cloud.

Sonos have also recently announced new partnerships and controlled access to their API.  The most exciting is the ability of Alexa to control the Sonos system which tied up with multiple Amazon Dots could mean a Sonos multiroom audio system controlled with Alexa as the sole controller.

One of the other preffered partners is Spotify with hints that users will be able to control their Sonos content using the native Spotify app both on Mobile and desktop.

This gives the potential of mutliple controlling systems , Alexa, Spotify App and Crestron all controlling the Sonos Content.  The stability of this kind of system will be reliant on two way reporting between these systems to allow the user to seamlessly chose their preferred control surface for that instant and in the case of the app or a Crestron Panel reflect correctly the current situation.

This is the controls love triangle if you will!

Exciting times in CI —  the voice revolution is here Echo arrive in the UK on the 28th of September.

Also worth a look at the video from Cedia showing the Scene and Crestron Skill working at the Alexa Booth.

We use cookies on our website to give you the most relevant experience by remembering your preferences and repeat visits. By clicking “Accept”, you consent to the use of ALL the cookies.
Cookie settingsACCEPT
Manage consent

This website uses cookies to improve your experience while you navigate through the website. Out of these, the cookies that are categorized as necessary are stored on your browser as they are essential for the working of basic functionalities of the website. We also use third-party cookies that help us analyze and understand how you use this website. These cookies will be stored in your browser only with your consent. You also have the option to opt-out of these cookies. But opting out of some of these cookies may affect your browsing experience.
Necessary Always Enabled
Necessary cookies are absolutely essential for the website to function properly. This category only includes cookies that ensures basic functionalities and security features of the website. These cookies do not store any personal information.
Non-necessary
Any cookies that may not be particularly necessary for the website to function and is used specifically to collect user personal data via analytics, ads, other embedded contents are termed as non-necessary cookies. It is mandatory to procure user consent prior to running these cookies on your website.
SAVE & ACCEPT
Select currency
GBP Pound sterling
USD United States (US) dollar